“A friend for life and beyond” AND “A friend one should never have” – AHMED fit both perfectly.

We first met in 1988 in Cathedral Pre-University College and hit it off as friends immediately. We were a group – Ahmed, Parvez, Hussain, Shams and I. 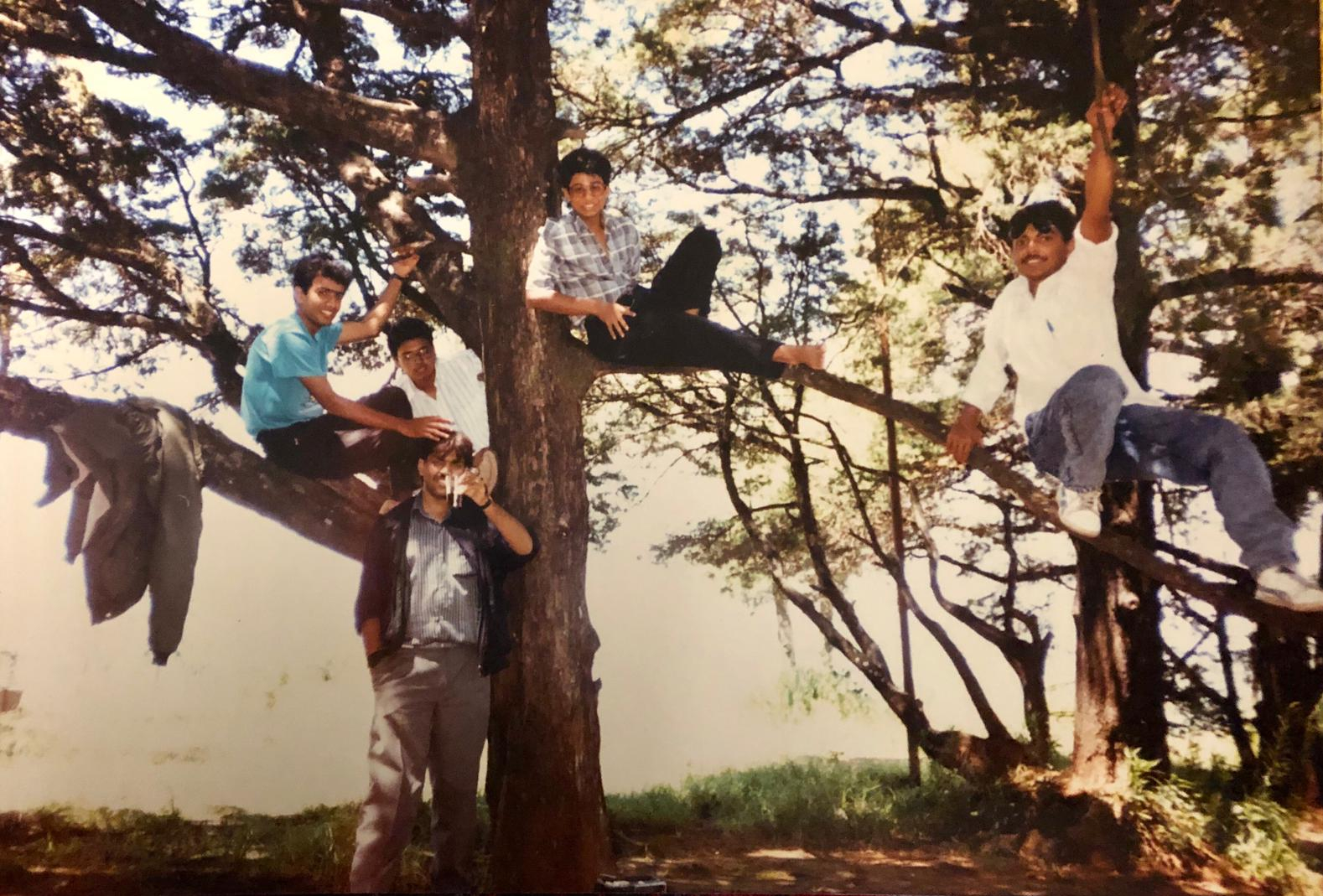 We grew on our friendship and I don’t even know how and when it became an inseparable bond between us. There was a time when we hadn’t met for months, but our friendship never changed. We had slowly reached a point when a call on the phone with just a hello, could gauge if the other was in a happy mood, in tension and so on. There was no need for us to talk, silence was also a way of communicating with each other. I don’t remember having an argument with him ever.

After the personal loss of his father and my mother we would drown our sorrows over cups of coffee. Our Sunday morning ritual was a 7 a.m. coffee at Hotel Airlines, along with Hussain. Sunday was the day we would wait for throughout the week. Our children called it Chai pe Charcha. We used to release all the tensions of the week in those two hours that we were together, and recharge our batteries. We had made a commitment that neither of us would miss the Sunday session. We had even joked that if one of us was sick, we would carry the sick friend along with his glucose bottle but not leave him behind.

Over the past few days, I’ve been remembering, him waving out to me in his shorts and cap when I met him near his house before our morning walk or coffee session. His laugh and Hussain’s jokes are all a memory now. Every morning I just wake up remembering his sly smile.

He was one person whose shoes it would be difficult for anyone to fill. He was so well respected and I have received so many calls from people all over remembering him and his kindness. I have never ever seen him do something wrong to somebody. In fact that thought would never have crossed his mind. He was one of the most humble and helpful persons I have met in my life.

Our friendship never needed us to do a favour to each other ever and it was absolutely without any kind of benefits. Maybe that’s the reason we trusted each other with all we went through. There were no secrets between us.

He didn’t deserve to go so fast. I can feel the pain his wife, mom and children are going through. The loss is so great to them that I have not been able to muster courage to meet them. Still, I must, I know. He would have done the same for me.

He’s betrayed me for the first time and the last. We had made plans for our retirement and planned to shift with our spouses to a hill station, go for trips which due to our work commitments never happened.

My memories with him are so many and that’s why I say he’s exactly the best friend one should always have – “ZINDAGI MEIN BHI AUR ZINDAGI KE BAAD BHI”.

On the other hand, one should never have a friend like him because his loss is so extremely difficult to overcome. He has departed to heaven and taken a part of me.

Read other tributes to Ahmed here.